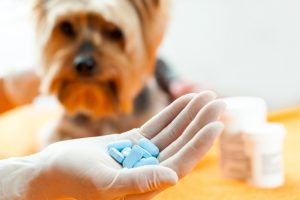 There were no negative side effects associated with taking CBD, although the dogs’ levels of ALP liver enzymes did rise. Nevertheless, bile acid tests were normal and there were no signs of reduced liver function or toxicity. Tests on long-term tolerance are yet to be carried out.

In this study, dogs received a full spectrum CBD oil similar to All Paws Essentials Pet CBD. They were given 2.5 milligrams per kilogram of weight (or 1 milligram per 1 pound) twice a day.

Full spectrum CBD oil reduced the frequency of seizures in almost all of the dogs in both of the studies. Whereas an ideal dosage still needs to be determined, the lack of side effects is very encouraging. Although we need more studies be confirm the efficacy of CBD for long-term in for treating seizure disorders, it does seem like CBD could be a viable option for reducing seizure frequency. It also appears that the supplement is generally safe to administer along with these commonly-prescribed anticonvulsants. 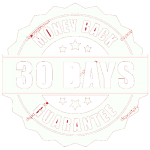 Unhappy With Your Product.
We'll Take It Back

This product is not for use by or sale to persons under the age of 18. This product should be used only as directed on the label. It should not be used if you are pregnant or nursing. Consult with a physician before use if you have a serious medical condition or use prescription medications. A Doctor’s advice should be sought before using this and any supplemental dietary product. All trademarks and copyrights are the property of their respective owners and are not affiliated with nor do they endorse this product. These statements have not been evaluated by the FDA. This product is not intended to diagnose, treat, cure or prevent any disease. By using this site you agree to follow the Privacy Policy and all Terms & Conditions printed on this site. Void Where Prohibited By Law.

Have a Question? Call Us!

Current lab result for our 125mg and 250mg bottles

Current lab result for our 500mg and 1000mg bottles

CLICK TO CLOSE
Get 15% OFF!
Plus Free Shipping
Enter Your Email To Get Your 15% Off Discount Code
CLOSE OFFER
By completing this form you are signing up to receive our emails and can unsubscribe at any time.